Man am I glad WFMW is back! I’ve had this post ready for WEEKS!

Tired of grilling hotdogs? Want to get your kids excited about cooking? Hate stale hotdog buns? (If so, try Paris, where the street vendors impale baguettes for the best buns ever). Whatever your motive, Pigs in a Blanket were a big hit when I was little, and they’re a favorite with my kids now. They’re pretty cheap, too. They even have their own Wikipedia page.

And why not? One of the hardest things about living in Cairo was going without pork products. You never know how much you love a quality hotdog until you go without for a while. People have asked me how I put up with not drinking alcohol or coffee for my church, and all I can say is that as long as I’m allowed hotdogs and hot chocolate (and the occasional twice-daily Mountain Dew) I’m fine. 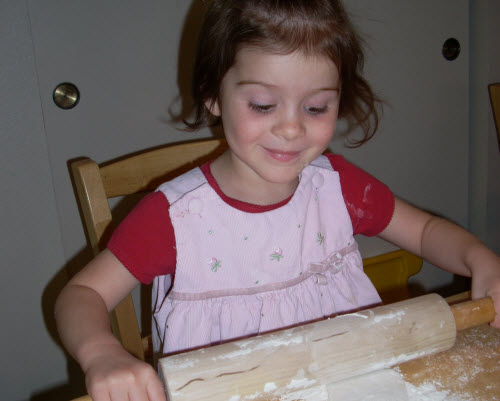 Susan was a great helper on the Banana Popsicles, but I can’t remember why she was so eager to help with the Pigs in a Blanket. Oh, right, might have been because she is a bottomless pit who makes teenage boys look like dieting supermodels. 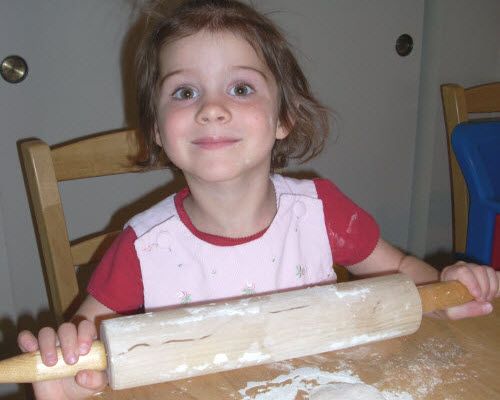 Just the thought of eating gives her the warm fuzzies.

I’ve typed up a bare-bones recipe here. You can use any sturdy dinner roll recipe you like, but I’ve used the one my sister found. It’s easy and reliable, and Grandma asked for it after Thanksgiving dinner. You can subsitute some whole wheat flour if you like. The yeast-proofing stage isn’t strictly necessary, but I like to give it a headstart. 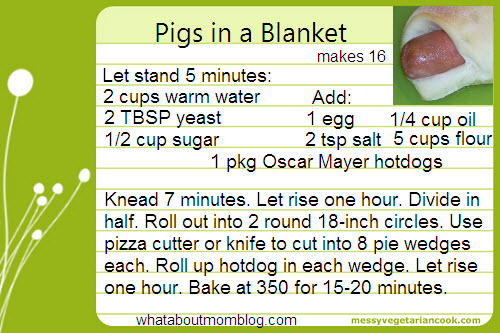 I had a friend in Cairo, Rebecca, who could never get yeast to work for her. She was an amazing artist and sewed and decorated and stuff. But she couldn’t work the yeast. I’d tell her to use “warm” water and that wasn’t very helpful to her. Too bad. It wasn’t very helpful to me when she described how to sew a kid’s Halloween costume, either. (Baking 911 has got some great yeast/bread tips). 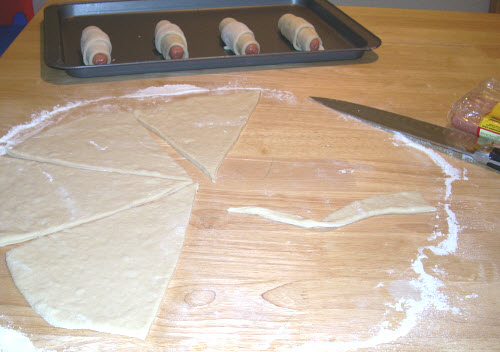 My pizza cutter disappeared the one time that Dick unloaded the dishwasher. So now he gets to play with the kids while I work in my ‘office,’ and I get to use my fancy knife from Grampa to cut things like crescent rolls and quesadillas. It works surprisingly well.

Add some ketchup, or even better, some fry sauce, and you’re good to go. Oh, maybe a salad and some fruit, but your main dish is covered. It’s probably not hard to get your kids to eat hotdogs, but now you can get them cooking AND make the most delicious bun this side of the Seine.

Come back this weekend for the Back-to-School edition of Things That Must Go! 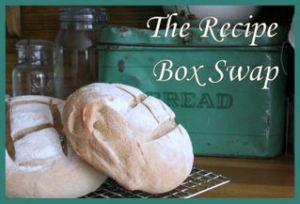 Last week I threatened to throw the blender off our balcony if it got left out ONE MORE TIME. Dick likes to make smoothies, which is great because the kids love them, they’re pretty healthy, and blah blah blah.

But who has to clean up after them? Me. That’s who. And somehow putting the blender back, which takes five seconds, is the absolute last straw.

I told Dick that the kitchen was like my office, and how would he like it if I messed up his office?

Of course he wouldn’t like that, he admitted, but now he has another way to irritate me: asking if I’m ever going to do the dishes in my office. So, I’d like to take back what I said about the kitchen being my office. I hereby lay no claim whatsoever on the kitchen or its contents.

In that spirit, I’ve been doing more “Cook with Your Children” stuff. I want my kids to learn to cook, be aware of sound nutritional principles (whether we live up to them or not) AND to appreciate that the food on the table doesn’t just magically appear.

One of our more successful experiments so far is Banana Popsicles, which we first had during spring break at The Well-Rounded Woman‘s house. Apparently in Arizona it’s a good idea to start freezing your fruit in March.

For this project I had only one lovely assistant, Susan, as Spot was napping and Sally was attending that ill-fated musical with Grandma.

Here she is holding the ingredients. I don’t know how bananas can be both green and freckled at the same time.

I like my bananas ripe in general, but they need to be pretty firm for the freezing and impaling process. Speaking of processes, here’s the complicated recipe: 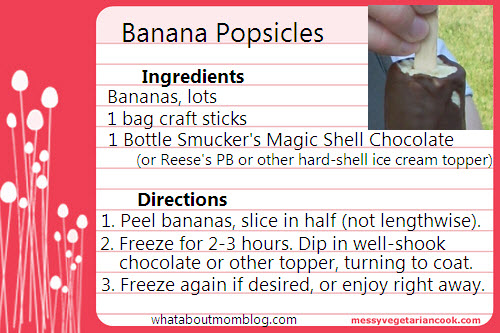 I stole the phrase “not lengthwise” off recipezaar.com, I think. In case that sounds like “not-counter-clockwise” or something, here’s what they look like before you pop them in the freezer: 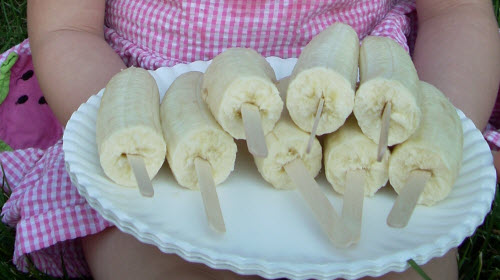 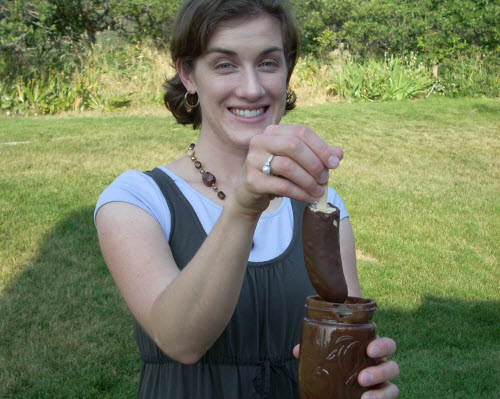 Dick’s boss’s name in Egypt was Falak. She was kind of a pill, that woman. Here in Utah we have neighbors named Fallick. Anyway.

Whatever your name, these Banana Popsicles will work for you! Next time I’d like to try a layer of peanut butter topping (think Reese’s makes some), freezing for a minute, and then a layer of chocolate. Yu-um.